The Great British Fleet Event 2020 brings together business leaders, fleet managers and industry executives at a gala event in London. 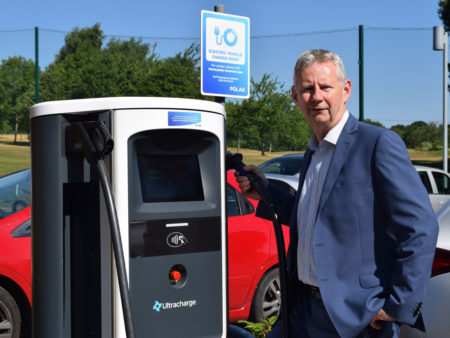 Edmund King OBE, president of the AA and a keen advocate of electric cars, officially opened the charging point at the four-star Sandford Springs Hotel and Golf Resort

Jonathan turned to motoring journalism in 2013 having founded, edited and produced Autovolt - one of the UK's leading electric car publications. He has also written and produced books on both Ferrari and Hispano-Suiza, while working as an international graphic designer for the past 15 years. As the automotive industry moves towards electrification, Jonathan brings a near-unrivalled knowledge of EVs and hybrids to Fleet World Group.

This site uses Akismet to reduce spam. Learn how your comment data is processed.