The Great British Fleet Event 2020 brings together business leaders, fleet managers and industry executives at a gala event in London.

Fleet stock will be in “hot demand” over the coming months, with the wholesale market having already hit “superheated” levels in September, according to Manheim. 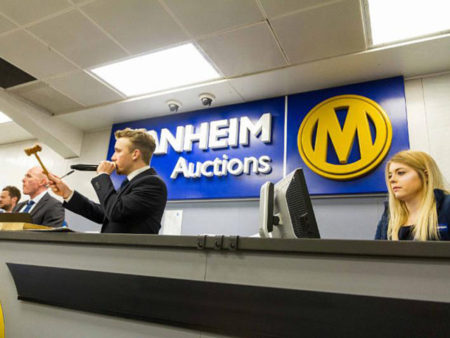 Driven by unseasonably low September stock, first-time conversion rates hit 87% at Manheim last month. Figures published by Cox Automotive show that most cars achieved or exceeded the guide price, with the average price up 0.8% month-on-month to £9,745, despite an increase in average mileage.

Philip Nothard, customer insight and strategy director – cars, said: “A number of factors have combined to reduce the level of stock in the wholesale market throughout August and September. Low new-car sales, long lead-times, and scrappage schemes from some manufacturers have reduced part-exchange volumes, and dealers are choosing to retail those that they take in directly.

“This, combined with the usual seasonal reduction in the number of de-fleet vehicles at auction, had led to a superheated wholesale market in September.”

Nothard continued: “With uncertainty around Brexit, and the impending introduction of CAFE targets, manufacturers in the UK market are facing a perfect storm at present.

“This naturally has a knock-on effect on used vehicle supply, but retailers are reporting reasonable levels of demand for the right cars and fleet stock is set to be in hot demand over the months ahead.”

The data from Manheim also revealed a dip in fuel prices for all fleet categories except electric when compared to the same month last year.

Natalie has worked as a fleet journalist for nearly 20 years, previously as assistant editor on the former Company Car magazine before joining Fleet World in 2006. Prior to this, she worked on a range of B2B titles, including Insurance Age and Insurance Day. As Business Editor, Natalie ensures the group websites and newsletters are updated with the latest news.